Thirty years is a long time to keep any relationship going. It’s an almost impossibly long time to keep a secret. To a large extent the Jim Yanda Trio has managed to do both, creating exhilarating, spontaneous music together while remaining largely under the radar outside of those lucky enough to catch their sporadic performances in the New York area – despite the fact that the trio features Drew Gress, one of the
music’s busiest and most in-demand bassists, and veteran
drummer/experimentalist Phil Haynes.

Yanda is finally ready to let the cat out of the bag – in a big way. The guitarist and composer is set to release two albums featuring three CDs’ worth of music spanning the trio’s long history. Regional Cookin’ dates from the band’s earliest days, recorded in 1987 but never before released, while Home Road fills two discs with newly-recorded material illustrating the trio’s evolution. Both will be released on March 24 through Haynes and Yanda’s Corner Store Jazz label.

Together, these two albums reveal a band with a profound sense of empathy, a thrilling knack for taking sonic chances, deep roots in the blues combined with an era-spanning avant-garde sensibility, and perhaps most importantly, a raw honesty that could only result from such long and enduring friendships – and, Iowa native Yanda might insist, a plainspoken Midwestern directness.

“I think there’s a little more naiveté and abandon on Regional Cookin’,” Yanda says in comparing the two sessions. “I was just trying to hang on for dear life and survive. Home Road is more controlled with, hopefully, a little more maturity and wisdom.”

The fact that a debut as assured and often electrifying as Regional Cookin’ could languish on the shelf for 30 years is a reflection of Yanda’s understated modesty, which in a case like this can allow the perfect to become an enemy of the (very) good. “My initial mistake,” he writes in the album’s liner notes, “of measuring creativity against some idealized version in our mind’s ear while overlooking the achievement of the actual product likely bedevils most recording artists at some point.”

While that error in self-judgment kept this music hidden from the ears of listeners, it fortunately didn’t dissuade Yanda from continuing his fruitful collaboration with Haynes, which stretches back to their student days at Coe College in Cedar Rapids, and Gress, who joined the duo shortly after their arrival in New York City in 1983. Yanda and Haynes shared a Brooklyn storefront where they could both live and play. The drummer, whose extensive credits include releases with Anthony Braxton, Dave Douglas, Mark Dresser, Michelle Rosewoman and Theo Bleckmann, discovered in Gress an ideal rhythm partner, launching a vital and long-lasting collaboration and making a trio meeting almost inevitable. Gress, of course, went on to work with an exhaustive list of jazz’s most creative artists, including John Abercrombie, Ralph Alessi, Tim Berne, Don Byron, Uri Caine, Ravi Coltrane, Marc Copland, Fred Hersch, John Hollenbeck, and John Surman.

Yanda began his professional career playing Western Swing in Iowa honky-tonks near his family’s farm. He turned to rock in his high school years, inspired by the likes of Jimi Hendrix and the Allman Brothers, then finally discovered jazz in college. After a brief tenure in New York he spent six years in Chicago, regularly playing in local clubs, working with drummer/composer Damon Short and the Déjà Vu Big Band, and frequenting the legendary South Side jam sessions hosted by Von Freeman. He made his permanent return to New York in 1992.

Yanda was inspired to form the trio by his and Haynes’ shared mentor, trumpeter Paul Smoker, whose innovative trio work drew from influences that run the length and breadth of jazz history. “Paul went all the way back to field hollers, rags, New Orleans music, Louis Armstrong – primordial pre-jazz up through swing – then through Charlie Parker to free music, the Art Ensemble of Chicago, the World Saxophone Quartet. As a listener it was so refreshing and gave the experience so much more depth to be able to draw on the entire history. The straight ahead stuff sounds fresher and the old stuff sounds more modern when you juxtapose those different eras and open up that wider history.”

Yanda decided to pursue a similar path; the strengths that are shared between the two discs of Home Road and the much earlier recordings on Regional Cookin’ include a vigorous swing coupled with a tightrope-walking freedom, a full-throated blues feeling filtered through a sharp-edged modernism. One common ground between the earliest jazz and the freedom of the avant-garde has always been collective improvisation, and Yanda was eager to pursue that concept with Gress and Haynes.

“We always wanted the interplay and the dialogue to continue among all of the players all of the time while the music is happening,” Yanda explains. “In straight ahead music there’s a tendency to have the rhythm section in the background with a soloist in front. We try to let everyone be free to improvise at any given time, so you get much more of a group improvisation feel and it opens a lot of doors for new sounds and creativity. Phil and Drew are masters at that; you’re always aware that they’re listening and reacting and feeding you ideas. It’s a wide open kind of experience.” 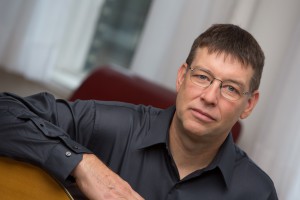 It’s an experience that the members of Yanda’s trio have sought to recreate in a number of different contexts. Yanda is a longtime member of Haynes’ “jazz-grass” string band Free Country, whose work spans the breadth of American music, from jazz to country to bluegrass. The pair also makes up two-thirds of The Hammond Brothers, a reimagining of the classic organ trio featuring B3 master Steve Adams. Yanda has also collaborated with trumpeter Herb Robertson.